Markets are creeping up as the weekend starts; BAT flying, Bitcoin Cash and Stellar rising.

As we enter the weekend crypto markets are slowly recovering. Trading in Asia has pushed total market capitalization back over $205 billion and things are generally heading upwards today, albeit leisurely.

Bitcoin has made no movements over the past 24 hours and is still holding the $6,400 support level. From a half month stay at $6,500 BTC dropped to $6,300 and has bounced back to its currently levels indicating that it is still consolidating at this price. Ethereum has dragged its way back to $200 over the past two days and that is where it is staying at the moment.

Altcoins are generally in the green right now with one or two performing well. In the top ten Bitcoin Cash has made the biggest move with a gain of 8% back taking it to $460. Stellar is also trading strongly at the moment adding almost 5% taking XLM to $0.234. The rest have made small gains around a percent aside from XRP which is static.

In the top twenty Nem has made over 2% but the rest are plus or minus one percent on the day. Tezos and VeChain are the only two falling back but only marginally.

Today’s fomo big pump is Basic Attention Token which has jumped nearly 15% at the time of writing. BAT is up to $0.292 on the news that it has joined 0x on Coinbase Pro; 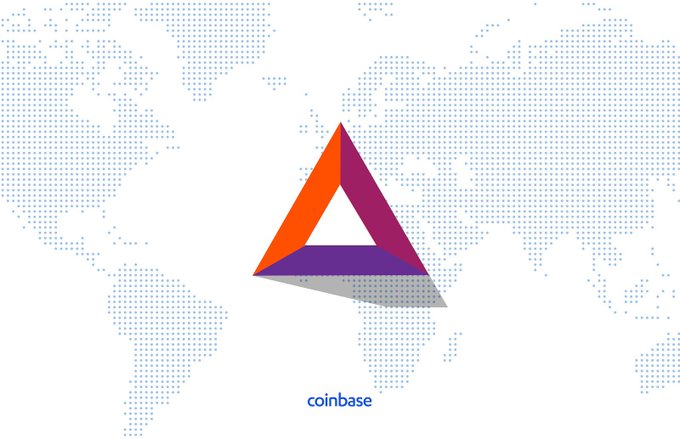 Just as before, observers have noted that the altcoin appears to have pumped before the official announcement indicating possible abuse of insider knowledge at the exchange. Trade volume has surged from $10 to $50 million since the news. BAT is likely to trade higher today but could fall back again as the market in general is still in the grips of the bears.

The big dump of the day is coming from Digitex Futures which is shedding over 18% at the moment. It is closely followed by Eternal Token dropping 16% on the day.

Total crypto market capitalization has crept up just under a percent on the day taking it to $207 billion. There is no sign of a break from the sideways channel that has been intact for almost a month. Bitcoin dominance has fallen back to 53.5% as a few of the altcoins make solid gains.