Wednesday, Oct. 10: Crypto markets have suffered a sharp decline within an hour, with Bitcoin (BTC) plunging below the $6,300 threshold, and the top altcoin Ethereum (ETH) nearly touching $200.

According to CoinMarketCap, virtually all the top 100 cryptocurrencies by market cap have suffered major declines at press time, with 19 out of the 20 top coins by market cap seeing significant losses over the past 24 hours.

After surging above $6,600 on Oct. 8, Bitcoin dipped below $6,300 today. The major cryptocurrency has dropped to as low as $6,284 before slightly recovering to $6,315 at press time. Bitcoin is down 4.65 percent over the 24 hour period, with 3.36 percent losses over the past 7 days. Bitcoin is barely holding its monthly gains, according to Cointelegraph Bitcoin Price Index. 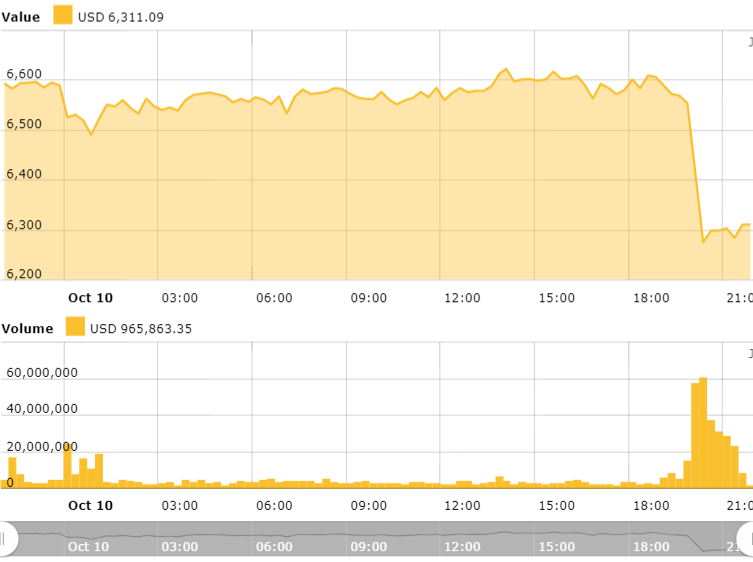 Ethereum has suffered worse losses, down 9.67 percent over the past 24 hours. The  second cryptocurrency by market cap has suffered a significant decline, almost touching the  $200 price point after trading around $225 for most the day. Still, the recent sharp losses have not overpowered Ethereum’s monthly gains, the major altcoin is still up around 12 percent over the past 30 days. 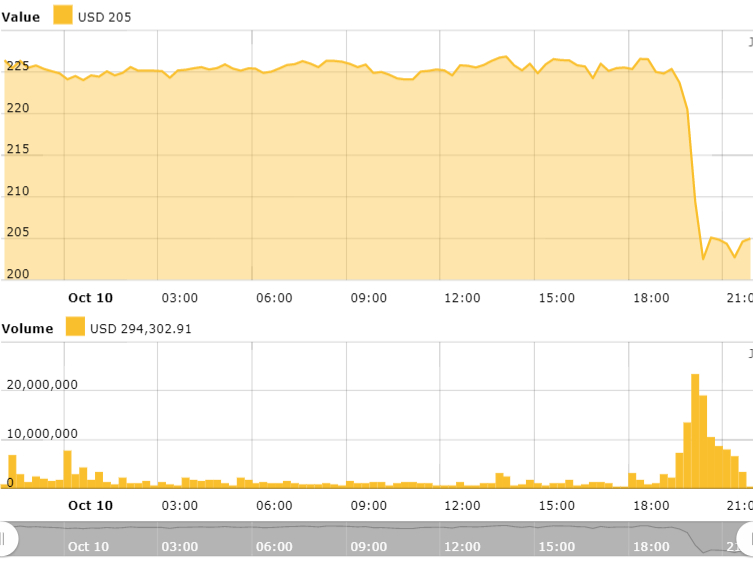 Ripple (XRP), the third top cryptocurrency by market cap, is seeing even worse losses over the 24 hour period, down over 11.41 percent at press time. Ripple is now trading at $0.42, seeing a dramatic drop-off within the same time span as Ethereum. XRP is down almost 20 percent on the week. 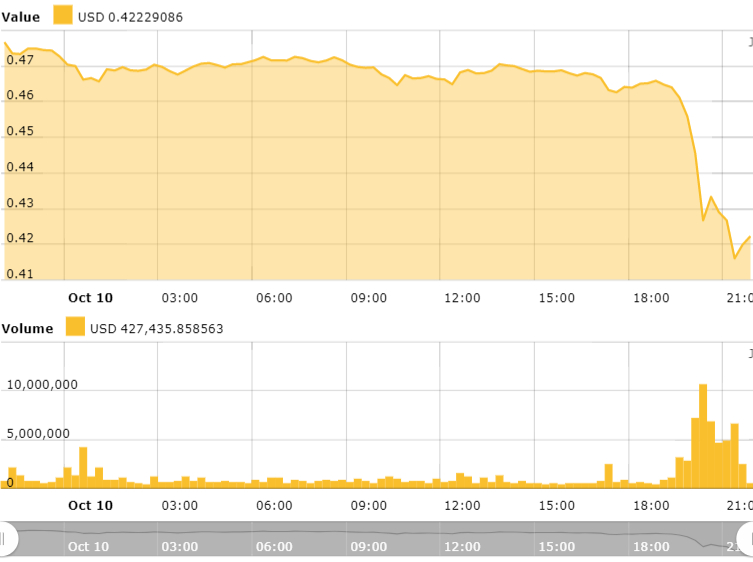 Total market capitalisation declined from $214 billion to $205 billion in just half an hour. At press time, total market cap amounts to $204.8 billion. 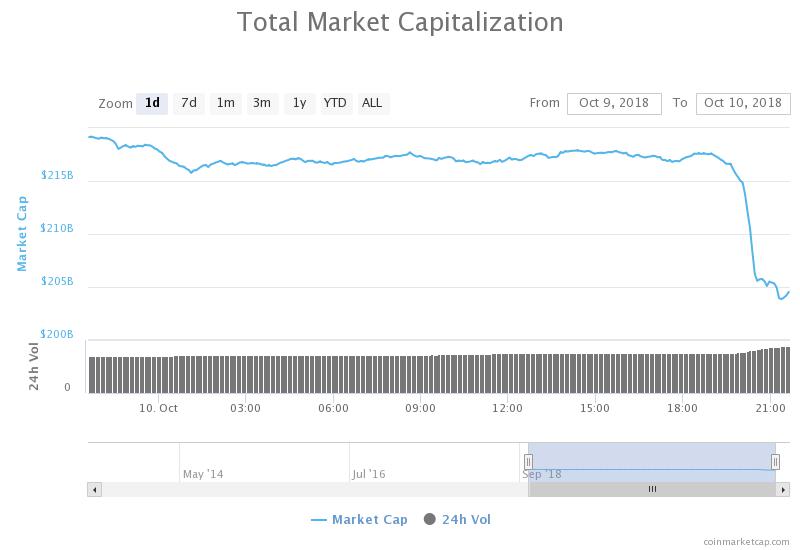 With a major slump in crypto markets, Bitcoin’s dominance on the market has grown, up from the average 51-52 percent over the week to above 53 percent at press time. 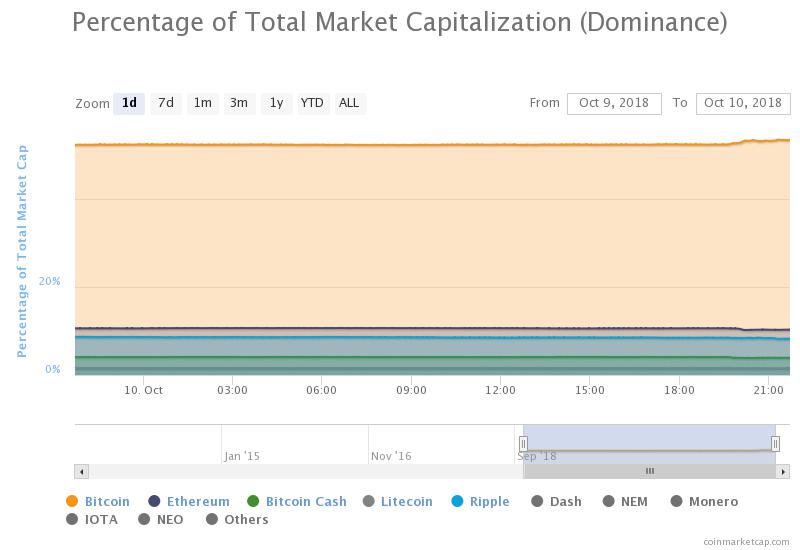 All top 20 coins by market cap, except stablecoin Tether (USDT), have seen significant losses recently, down between 4 and 12 percent over 24 hours period.

The 17th top cryptocurrency NEM (XEM), which was rising earlier this month, has suffered the largest losses among top 20 cryptocurrencies by market cap, down almost 11 percent and trading at $0.095 at press time. XEM is down almost 9 percent on the week.

Earlier today, Ethereum co-founder Vitalik Buterin “officially” predicted that a financial crisis will take place “sometime between now and 2021” on Twitter. The industry disruptor clarified that his prediction was coming “not because” he had some “special knowledge,” but just to have a small chance to be later recognized as a “a guru who predicted the last financial crisis”.

The tweet by Buterin was subsequently criticized by economist Nouriel Roubini aka “Dr. Doom,” who predicted the 2008 financial crisis. The anti-crypto economist said that Buterin has been “promising Proof-of-Stake (PoS) since 2013,” while the world is “still waiting for a system that is scalable, decentralised and secure.”